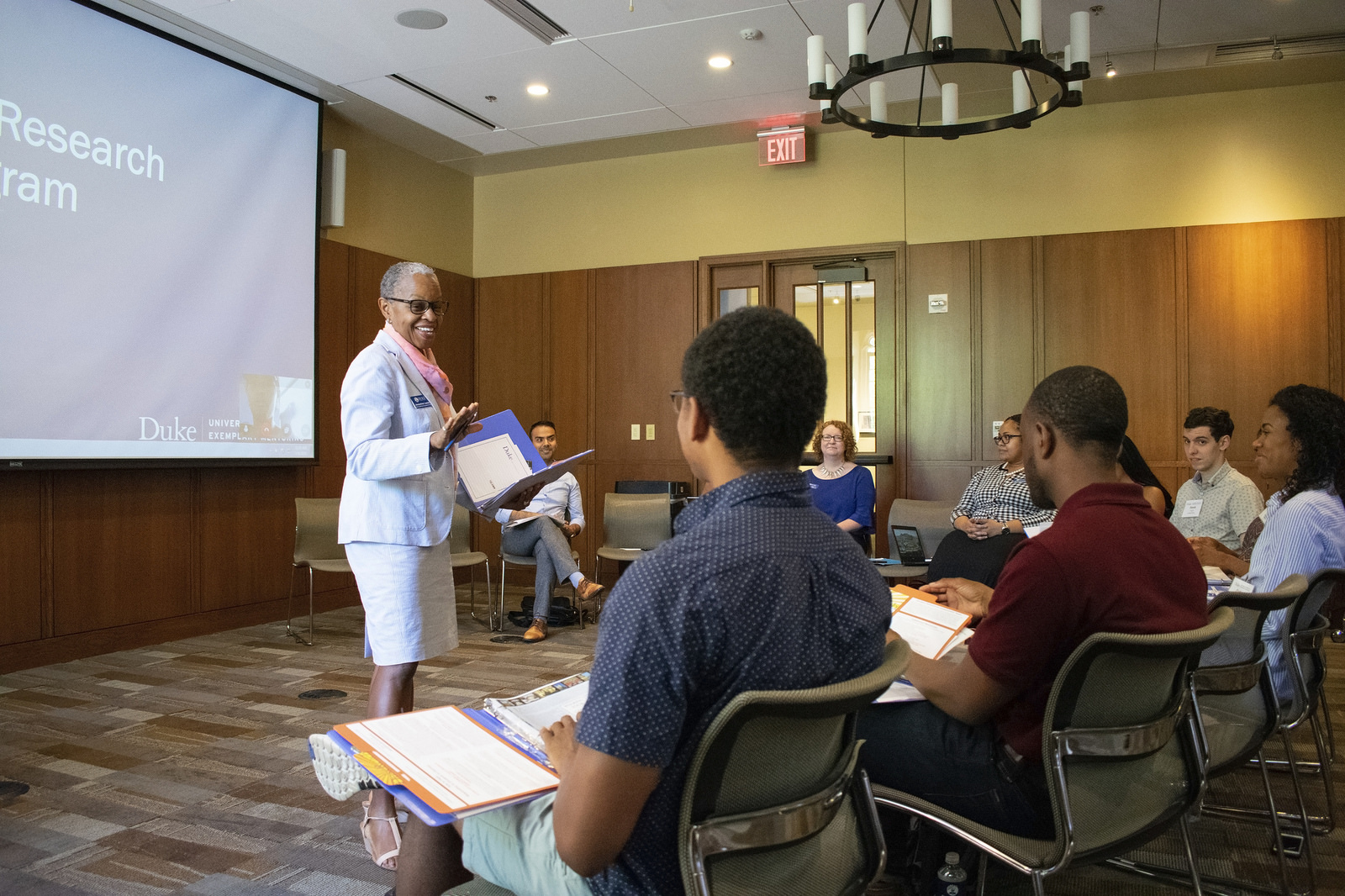 Being selected as a Sloan Scholar means a lot more than just extra funding. For the duration of their time at Duke, Sloan Scholars will be at the heart of a new model of support designed to help them succeed by empowering them to fully engage with and integrate into the Duke community.

Sloan Scholars at Duke will receive:

Sloan Scholars receive $40,000 in supplemental funding over the first five years of study in support of their academic progress and enrichment. This is in addition to the standard support package for Duke Ph.D. students, which provides five years of guaranteed funding that includes a competitive stipend, tuition remission, coverage of mandatory fees, and six years of free health insurance. | Details

An early start in their programs

In the summer before their first semester, newly admitted Sloan Scholars will participate in the Early Start Research Immersion Program. This program runs from July to mid-August (Scholars will receive a monthly stipend), giving Scholars a head start in becoming immersed in their programs and learning about resources, opportunities, and communities at Duke. | Details

The Duke UCEM has created an extensive support infrastructure to ensure that Sloan Scholars have the mentoring they need for success in graduate school. At the heart of this infrastructure are the faculty champions — designated faculty members within each Duke UCEM Ph.D. program who will play an active role in guiding Sloan Scholars during their time at Duke. | Details

Each year, Sloan Scholars will take part in talks, lunches, and check-ins designed to support them in the areas of academics, mentoring, professional development, and wellness. | Details

Sloan Scholar Brian Kundinger (Statistical Science) has received the Google Ph.D. Fellowship in support of his research on record linkage.

Ethan LoCicero and Gianna Tutoni were among 18 Duke Ph.D. students to receive the prestigious award for 2021.