Chaired by Dr. Roxanne Springer, the advisory committee provides guidance to the co-PIs and the administrative oversight team. The committee will meet twice per academic year to discuss program status and progress, as well as to advise on and assess the implementation of the six pillars that form the foundation of the Duke UCEM. 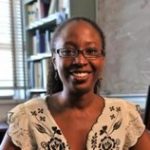 Ayana Arce brings mentoring and program development experience to the committee. She has chaired the Ph.D. committees of two graduates (one female) in physics at Duke, and mentored four (two female) other physics Ph.Ds. She has mentored approximately 22 undergraduate students (nine female, two URM) in summer research or academic independent study in physics. She is co-PI of the NSF-funded Research Experiences for Undergraduates (REU) program for undergraduates in nuclear and particle physics, which is an important component of the physics department’s recruitment of graduate students in these fields. In her research, Dr. Arce concentrates on understanding what takes place in hadron collider events with complicated final state topologies, like the production and decay of top quarks and heavy gauge bosons. 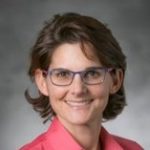 Katherine Franz will guide the committee in its mentoring efforts and program development. She has mentored more than 50 (combined) Ph.D., masters, and undergrad students and has served as a co-director of an NSF REU program; faculty affiliate for Duke’s BioCoRE program; advisory committee member for a Duke Initiative for Maximizing Student Development (IMSD) grant; and activity leader for Duke’s Females Excelling More in Math and Science (FEMMES) program. Dr. Franz’s research focuses on elucidating the structural and functional consequences of metal ion coordination in biological systems. 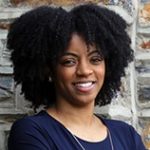 Johnna Frierson is the founding director of the Office of Diversity and Inclusion at the Pratt School of Engineering. She completed her undergraduate degree in Biology at Furman University in Greenville, SC. She then went on to complete her doctoral studies in the Department of Microbiology and Immunology at Vanderbilt University, and postdoctoral training in the Science, Technology, Engineering, and Mathematics (STEM) Program Director postdoctoral fellowship in the Office of Biomedical Graduate Education at the University of North Carolina at Chapel Hill. She has extensive experience in developing innovative pre-graduate and graduate-level programs and initiatives focused on diversity recruitment and retention, science outreach, and cross-disciplinary graduate training. In her current role as the founding director of the Office of Diversity and Inclusion in Engineering she provides leadership in developing and implementing future steps in the engineering school’s ongoing diversity initiatives, including thoughtful practices to enhance recruitment and retention of underrepresented groups at the student, faculty and staff levels, and to foster greater inclusion of diverse groups and viewpoints in the academic community. Dr. Frierson also serves as a co-PI for the NSF-funded REU program for undergraduates in engineering. 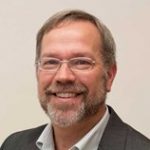 John Klingensmith received his undergraduate and doctoral degrees from Harvard University. His research and teaching focus on the molecular, cellular, and genetic basis of organ development and congenital disease. Dr. Klingensmith is responsible for The Graduate School’s academic standards, policies, and procedures. He oversees external review of academic programs and advises on new academic program development. He is also an associate professor of cell biology and pediatrics in the Duke School of Medicine.

In support of the UCEM, Dr. Klingensmith works with Dean Looney to manage day-to-day program coordination among co-PIs, faculty champions, advisory committee, and administrative oversight team. He also reports to co-PIs on the operation of the UCEM. 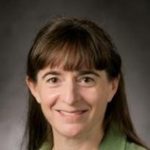 Roxanne Springer is a Professor of Physics. She obtained her undergraduate degree in Physics and Chemical Physics from Rice University, and her Ph.D. from the California Institute of Technology in Theoretical Particle Physics. She works on weak interactions (the force responsible for nuclear beta decay) and quantum chromodynamics (the force that binds quarks into hadrons and generates the mass of protons and neutrons). She is a Fellow of the American Physical Society (APS). She has served as chair of the Southeastern Section of the APS and on the Executive Committee of the Division of Nuclear Physics (DNP) of the APS. She is the chair of the DNP Allies program, the first APS Division to develop vetted and trained APS members to attend every DNP professional meeting to address biased interactions in real time. She has participated in several visits/reviews of US physics departments and laboratories to help them create a culture of inclusion (sponsored by the APS Committee on the Society of Women in Physics and the APS Committee on Minorities). She has served as the faculty sponsor of Duke’s Bouchet Society (which advocates for underrepresented graduate students in the sciences), organized recruitment visits of HBCU science undergraduates to Duke, and mentored Black physics students. She is currently the chair of the Advisory Committee for the Sloan Foundation’s Duke University Center for Exemplary Mentoring.

Dr. Springer contributes recruitment expertise to the UCEM. She was instrumental in the development of Duke’s UCEM proposal. 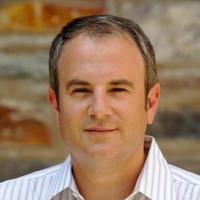 Adam Wax received dual B.S. degrees in 1993, one in electrical engineering from Rensselaer Polytechnic Institute, Troy, NY and one in physics from the State University of New York at Albany, and the Ph.D. degree in physics from Duke University, Durham, NC in 1999. He joined the George R. Harrison Spectroscopy Laboratory at the Massachusetts Institute of Technology, as a postdoctoral fellow of the National Institutes of Health immediately after his doctorate. In 2002, Dr. Wax joined the faculty of the Department of Biomedical Engineering at Duke University. In 2006, Dr. Wax founded Oncoscope, Inc. to commercialize early cancer detection technology developed in his laboratory and Lumedica, Inc. in 2014 to develop low cost OCT systems. He is a fellow of the Optical Society of America, SPIE, and AIMBE and is inventor on 19 US patents. His research interests are in the use of light scattering and interferometry to probe the biophysical properties of cells for both diagnosis of disease and fundamental cell biology studies. 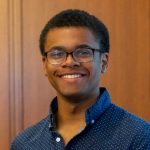 Tyler Johnson is a Ph.D. student in physics, specifically neutrino physics at Duke University in collaboration with Triangle Universities Nuclear Lab and Oak Ridge National Lab. His research focuses on developing particle detectors capable of tracking nuclear events, like nuclear reactors and weapons, by detecting the unerasable fingerprint of the nuclear reaction called a neutrino. He is also a National Nuclear Security Administration Graduate Fellow in Applied Anti-Neutrino Physics, a Richardson Fellow, a Goshaw Family Fellow, a Mellon Mays Undergraduate Fellowship alumni and has received honorable mention for the National Science Foundation Graduate Research Fellowship Program. Tyler received a Bachelor of Arts in Physics from the University of Chicago. He is active on campus through the President’s Council on Black Affairs, the President’s Advisory Committee on Investment Responsibility, UCEM Advisory Committee, Physics Department Conduct & Accountability Committee, Graduate & Professional Student Council, and Physics Department Graduate Student Executive Board. His collaboration has two papers in preparation that he is an author on titled “Sensitivity of the COHERENT Experiment to Accelerator-Produced Dark Matter” and “First Constraint on Coherent Elastic Neutrino-Nucleus Scattering in Argon.” Tyler strives to help create a welcoming and inclusive environment in STEM fields. 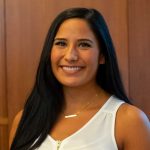