​When he was an undergraduate at Vanderbilt, Eric Yeats volunteered with an initiative to teach programming to K-12 students. In those sessions, students learned to write code that moved cartoon characters around a computer screen. While some of them had fun, Yeats felt something was missing from the experience—he wanted something more tangible than pixels on a screen. 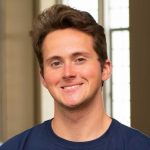 Now entering his fourth year as a Ph.D. candidate at Duke, Yeats has spent the past few months creating the experience he envisioned by partnering with Durham Public Schools to offer a free robotics club for local middle schools that need more STEM-based afterschool opportunities.

“What really inspired me to do this project is I just really enjoy the process of engineering and problem-solving, and especially programming, and I just wanted to share how much I enjoy it with the kids at school,” said Yeats, a Sloan Scholar who is pursuing a Ph.D. in electrical and computer engineering in Professor Hai “Helen” Li’s lab.

Yeats pitched the idea to Durham Public Schools officials and received an enthusiastic response. For three months this spring, he spent three afternoons a week going to Lucas, Githens, and Lowe’s Grove Middle Schools for one- to two-hour afterschool sessions, teaching anywhere from five to 15 students how to program robots to avoid obstacles, understand voice commands, interact with each other, and even play soccer.

He also organized a Duke visit in May for the students, who toured the Shared Materials Instrumentation Facility and the Co-Lab Studio before ending their day at Cameron Indoor Stadium. 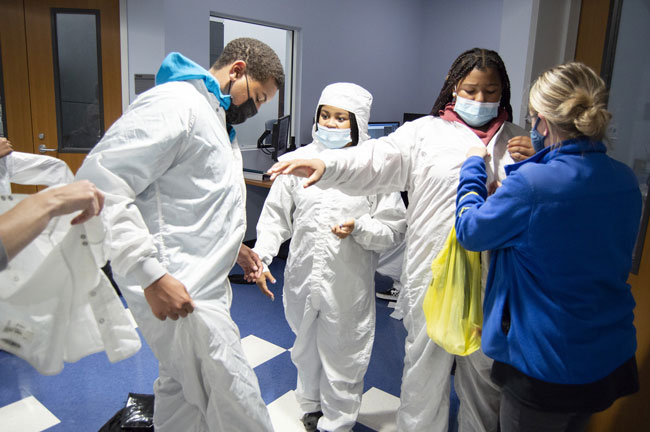 “I wanted to start a program that was focused on programming and teaching engineering fundamentals, but was also fun,” Yeats said. “The goal wasn’t necessarily to have the students learn as much as possible about engineering, but to just see how fun it can really be.”

Funding for the robots came from a GradEngage Fellowship, which is part of the Purpose Project at Duke. The fellowship helps graduate students partner with local community organizations to develop solutions for pressing social issues. Yeats also got help from a couple of his labmates, as fellow Ph.D. students Brady Taylor and Edward Hanson helped facilitate some of the afterschool sessions and the students’ Duke tour.

While the GradEngage project period has ended, Yeats said Durham Public School officials are now talking to him about expanding the afterschool club into a yearlong program, securing other sources of funding, and getting more Duke students involved.

“The feedback has been good,” he said. “The students wrote me a card and they are going to mail it to me, so I’m really excited about that. And the site leaders apparently liked it a lot. The people from the administration at Durham Public Schools said, in their words, that the program got ‘rave reviews.’ ”