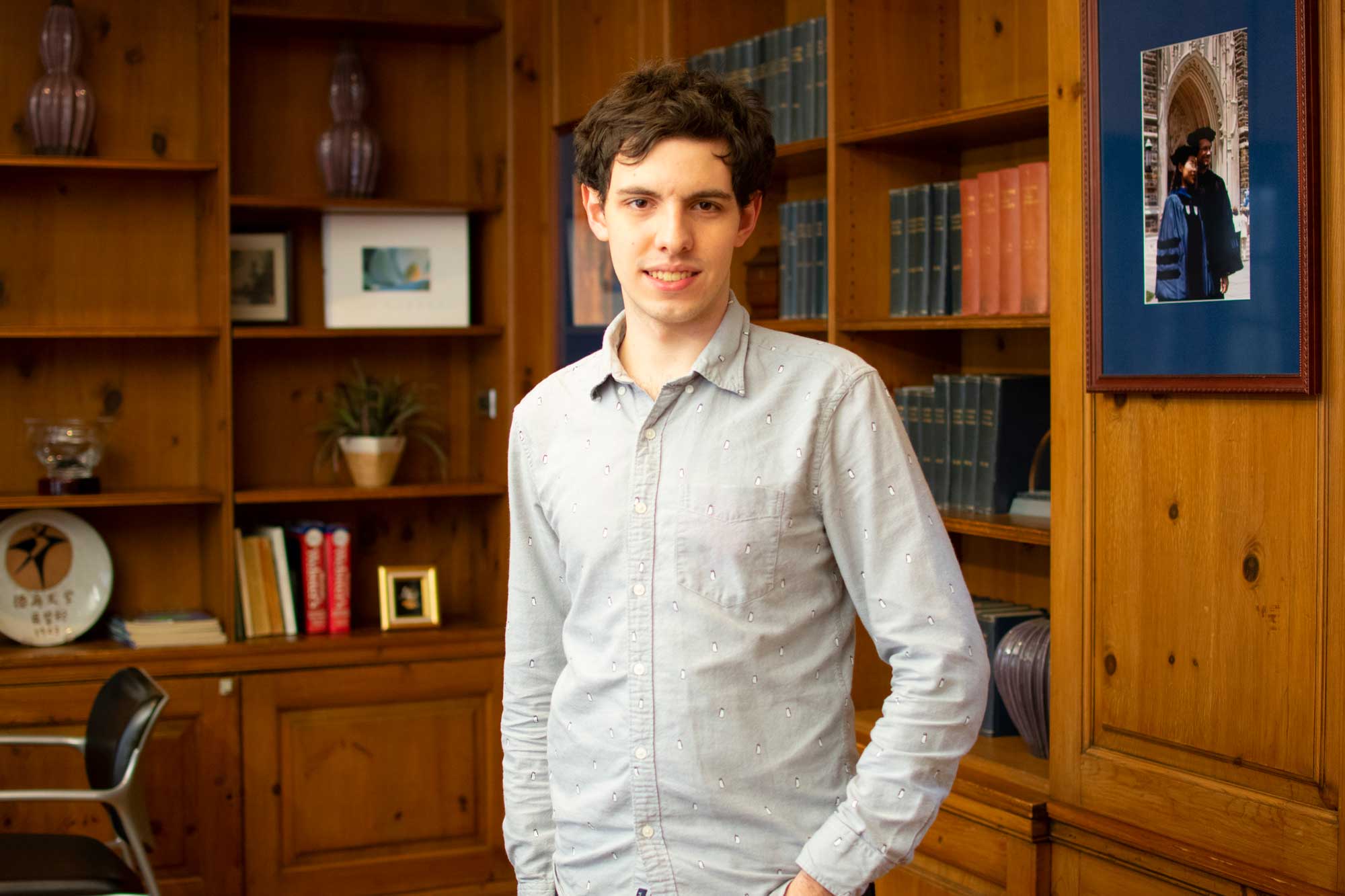 Tell me a little about what brought you to Duke.

A lot of the things that make Duke unique to me is what brought me here. For example, I have a family. I have a wife and a small kid, so when I came in for interviews one of the things that made Duke unique was that they offered to accommodate for my family and have them come over and see the campus themselves. All of that extra effort that went in to accommodate for my family is what made me feel welcome, and what made Duke different from other schools.

How has the Sloan Scholarship helped you?

In addition to the financial resources, which are great, Sloan has given me opportunities to not only work with people in different disciplines, but it also gave me the opportunity to acclimate and get used to the Ph.D. experience ahead of time. I came in over the summer and we had our Early Start program , which really helped me find who I wanted to work with in my own department, as well as other things. Sloan also got us used to all of the resources offered by not only The Graduate School, but also Duke in general. Having that time to come in early gave me time to learn all of those things so I wouldn’t have to learn about them while I’m trying to work on my academia at the same time.

Tell me about your research.

I work in the Department of Computer Science, where I specialize in the intersection between data privacy and algorithmic fairness. With the general idea being that we have methods to protect data privacy when doing statistics methods, and we have some algorithms that are considered “fair.” I study what happens when you use privacy–protected data in a fair setting. Does the algorithm remain fair? Do the fairness conditions break down? My job is to make sure that this composes well.

What are some significant experiences that you have had as a result of the Sloan Scholars program?

I’ve really enjoyed some of the experiences we’ve had as Sloan Scholars to interact with incoming students. The hardest part about graduate school so far has been applying, because you go through the application process and you have no idea how you’re supposed to present yourself, what you’re getting into, or what they want to see. Especially when you write the personal statement, it can be very difficult. So having a chance to look at all these students who are now trying to apply to graduate school, give them advice, help them and tell them what graduate school is all about is great.

What do you enjoy most about Duke so far?

I really enjoy the community and how well it receives divergent ideas. At least in my department, I’ll go into a room and talk with a bunch of other graduate students and we’ll have different ideas on how to approach the same topics. While we all might have some disagreements on whether some things are reasonable, we are all willing to listen to each other and have those kinds of conversations.

When I applied, I feared that the research environment would be so competitive that I wouldn’t be able to talk to other students about my work without them stealing my work. The fact that I can turn around and talk to other students in my office and say, “Hey do you guys think this is a good idea or am I just going nuts?” without any fear of repercussions or them thinking badly of me shows that the environment is in such an accepting, healthy state.

What are some of the challenges you have encountered and how have you overcome them?

Having a family, especially as a graduate student, makes you significantly different from most people. It makes it hard to break into friend groups and have a social experience, but Duke has a couple of programs for that. The GradParents support groups have been very helpful with finding other graduate students who are parents, and find those people that you can more directly relate to. If I were to talk to my officemates about children, their eyes would glaze over because they would have no idea what I’m talking about. Finding other students through the parent support groups has allowed me to have those conversations, and that’s something that I never really expected to find.