Here’s a look at some of the activities and programs organized by the Duke University Center of Exemplary Mentoring in fall 2018: 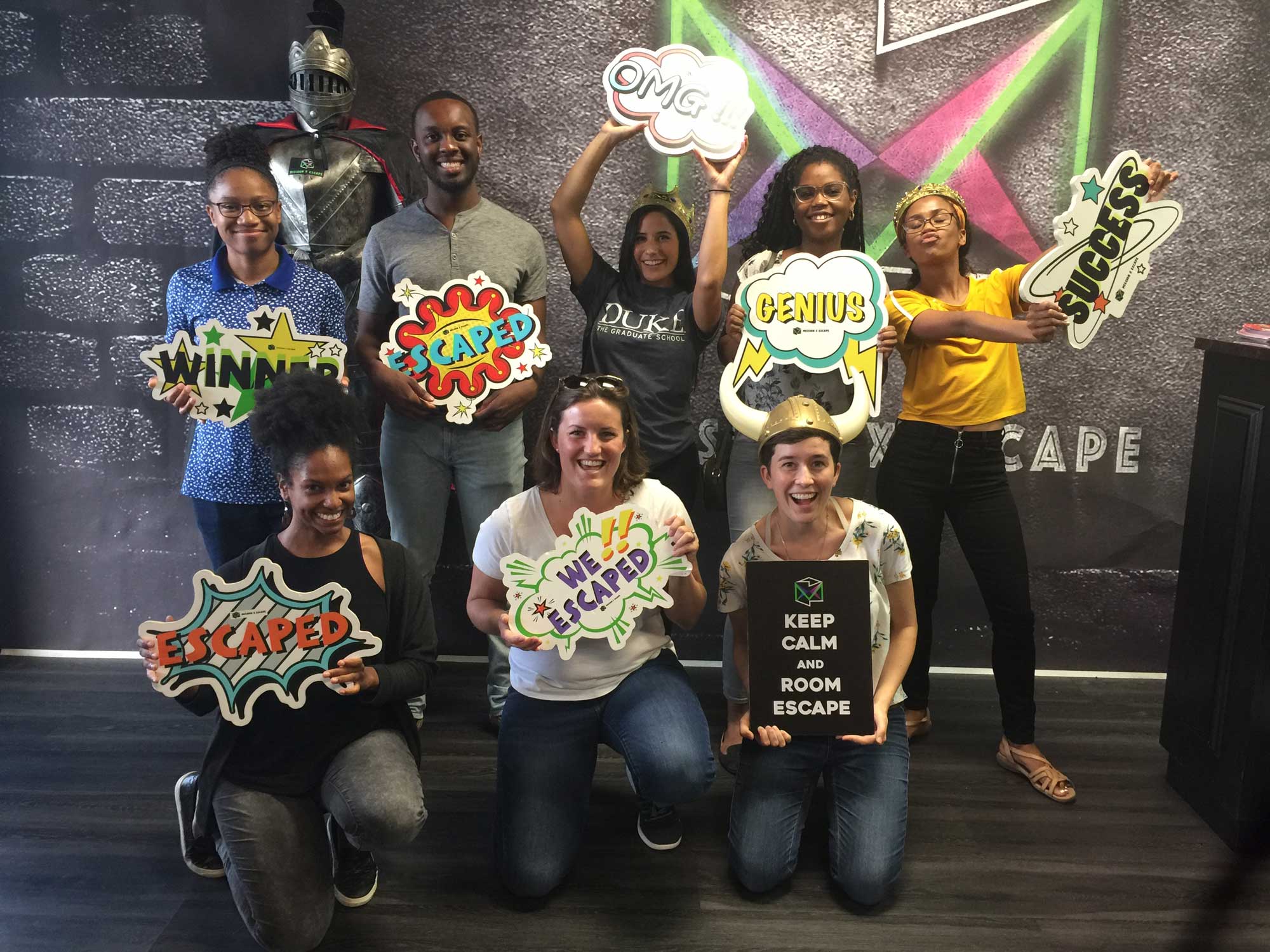 Record escape: What happens when you lock a group of brilliant young scientists in a room? They get out in record time! Sloan Administrative Intern Caroline Amoroso organized a team-building outing for our first cohort of Sloan Scholars at an escape room in August. The Scholars made quick work of the challenge. “The staff said they had never had a group get out so fast without needing hints,” Amoroso said.

Movie and discussion: The UCEM organized a viewing of the movie “BlacKkKlansman” for Sloan Scholars in September and followed that up with a lunch discussion about race and space in January. Members of the Counseling and Psychological Services team facilitated the lunch conversation as part of the UCEM’s holistic approach to addressing aspects of student wellbeing. 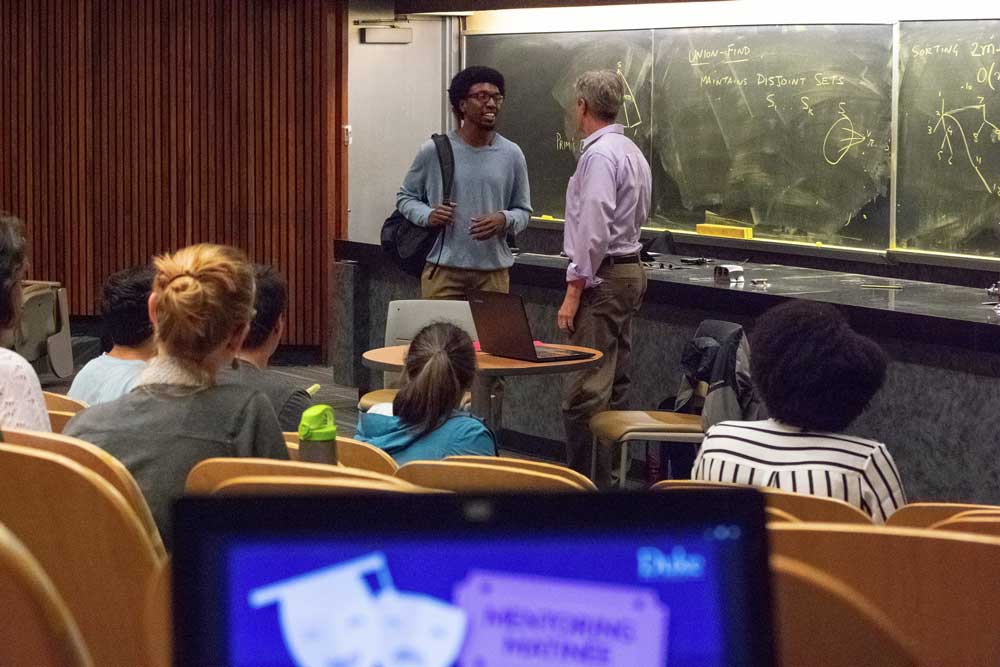 Mentoring Matinée: On September 27, the UCEM, the Pratt School of Engineering, and the Duke Graduate School cosponsored Mentoring Matinée, an interactive-theater workshop exploring common pitfalls and issues in STEM Ph.D. student mentoring. There were two sessions, one for faculty and the other for students | More about Mentoring Matinée 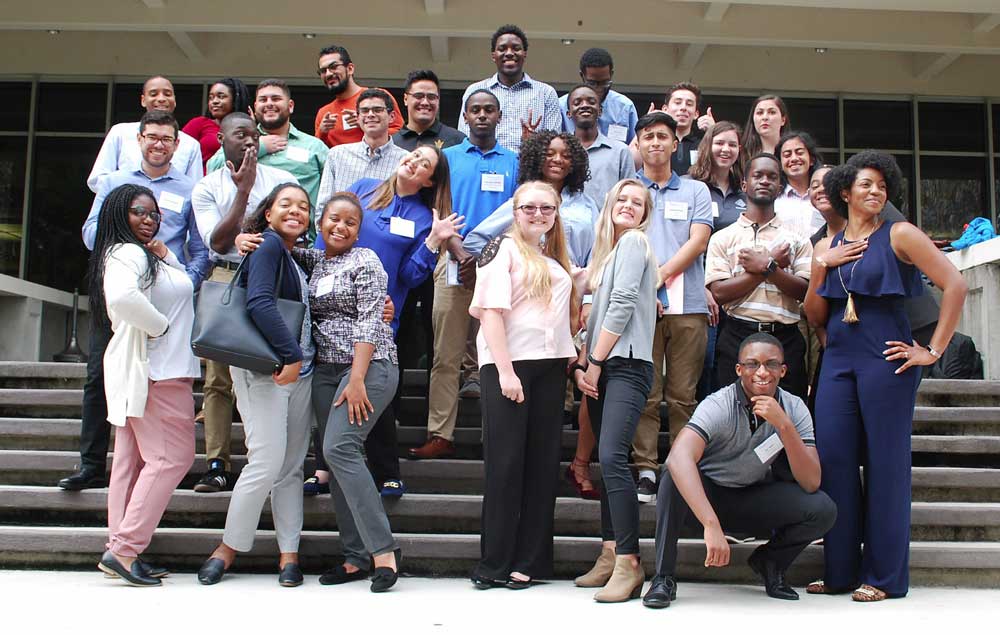 Undergraduate Boot Camp: The UCEM held its first Duke-Sloan Boot Camp, which brought talented undergraduates in the physical sciences to Duke for a two-day program that helped them think critically about their research interests and skills, learn practical strategies for the graduate admissions process, and meet students and faculty in the Duke UCEM’s partner departments. 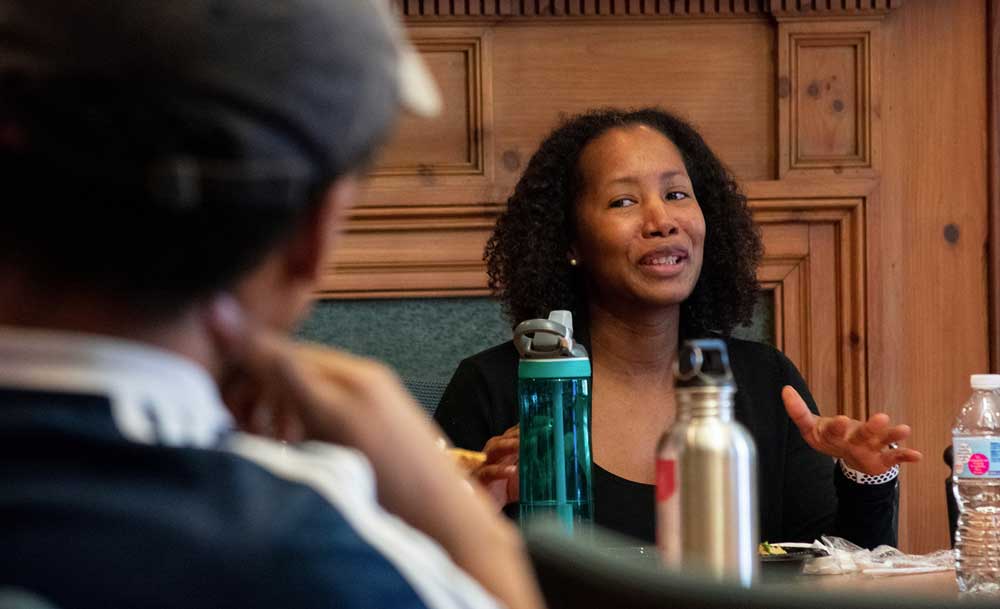 Lunch with Graduate School alumna: Ph.D. alumna Audrey Bowden, an associate professor of biomedical engineering at Vanderbilt University, visited The Graduate School in November and had lunch with the Sloan Scholars, sharing her professional journey and experiences. 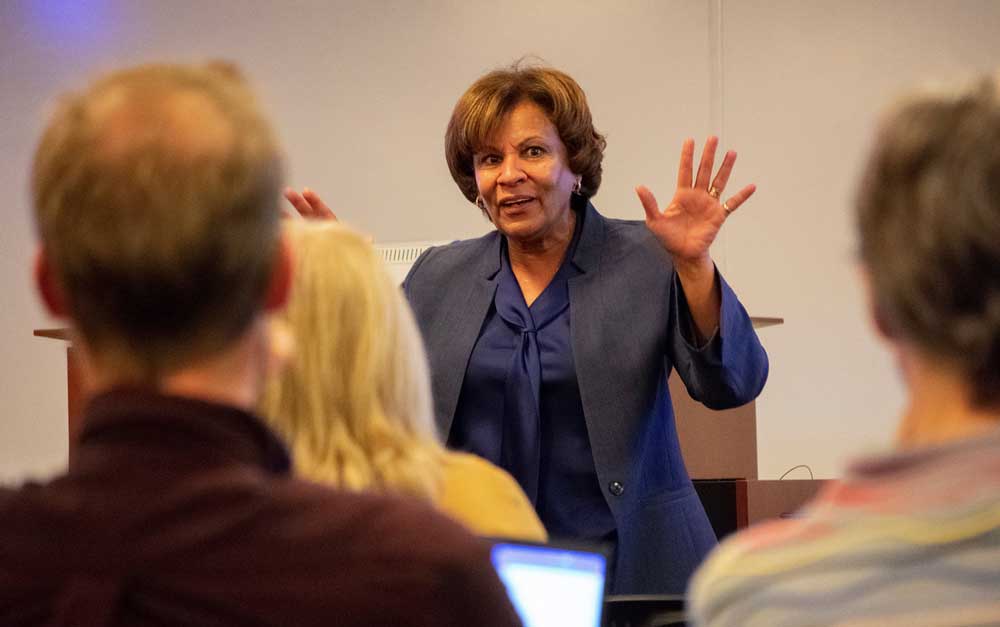 Talking HBCU: Cynthia Spence, director of the United Negro College Fund/Mellon Programs, came to Duke in November to meet with Sloan Scholars and to hold two faculty conversations. The faculty discussions focused on recruiting undergraduate students from historically black colleges and universities for graduate study. The discussions touched on myths and facts about HBCU students, as well as strategies to engage and recruit them. Those insights—along with a holistic admissions rubric developed by the Duke UCEM—were later shared with Duke department chairs through a panel conversation hosted by the Office of Faculty Advancement. | More about Spence’s visit